The most beautiful beach in Italy and the Zingaro Reserve

Book your stay in the sun of Sicily 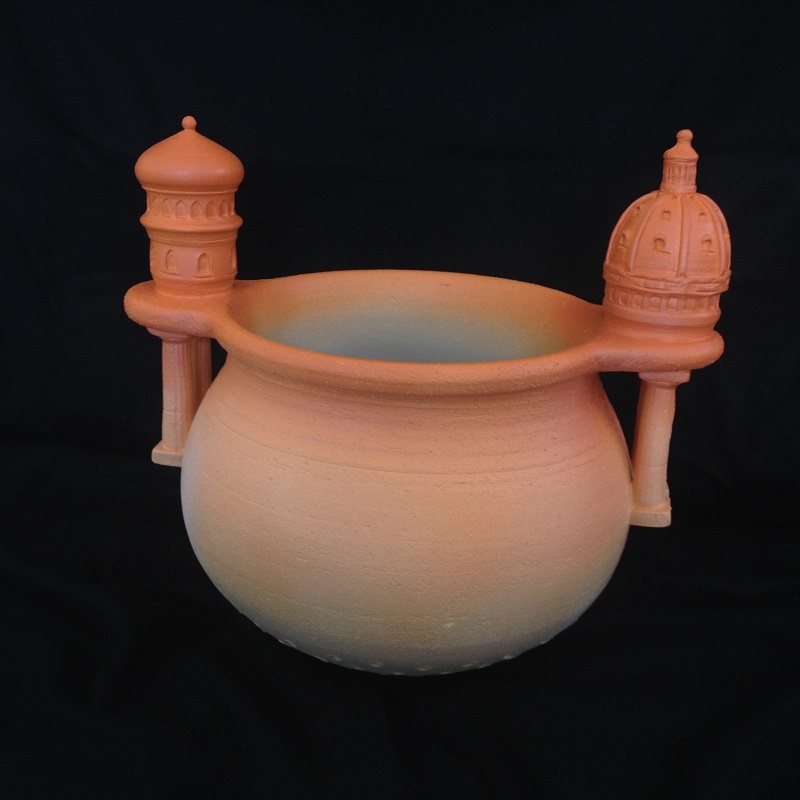 In the country of the couscous a show of "cuscusiere" you realize for the occasion from the teachers potters of Caltagirone and Santo Stefano of Camastra it will enrich the ten days devoted to the traditional Mediterranean dish, that here the has become "flat of the peace." The initiative is of Patrizia Spagnolo and the cuscusieres will be exposed in a place of street Farini from 18 to September 27, in concomitance with the Cous Cous Fest.The valuable works have been realized in exclusive for Patrizia Spagnolo: the artisans potters have interpreted in original and personal way the special one "pot" where the couscous is cooked, assigning her forms and different colors; some of the exposed cuscusieres are been recovered in the markets (souk) of Nabeul, Kairouan and Sousse in Tunisia and Fes in Morocco.

The Cuscusiera is a container in terracotta, metal or woven rush, for vapor cooking of the worked (cous cous) bran called taseksut in Berber, kiska:s in Arab, keskes in north western Africa or cuscussiera (couscoussier or couscoussičre in French).To the base a pot of metal in which the vegetables and the meat are cooked in damp. Above this base it is put the cuscusiera by the fund perforated in which the couscous is cooked to vapor absorbing the tastes of the underlying (the cous cous trapanese is cooked with the alone vapor of the spicy water) broth. If the joint between the edge of the inferior pot and the superior container is not hermetic, often a damp duster is set for not making to escape the vapor from the sides or sealed with an I mix of flour and water.

25/08/2016
Read more Museum of the Prehistory and Archaeology Marine, Tower of Ligny

06/06/2015
Read more San vito lo capo , return the International Festival of the Kites "Excite to nose in on!"

20/05/2015
The seventh edition will have developed him since 20 to May 24 From 20 to May 24 th 2015, San Vito Lo Capo will open as of usual its windows on the colored world of the kites with the 7° International Festival of the Kites "Excite to nose in on!
Read more